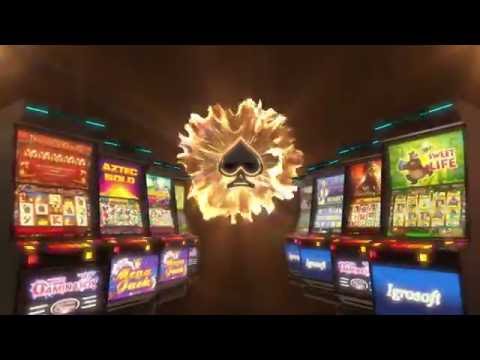 I just bought the casino and I had enough money to buy all the equipment and hire every employee but somehow, I always have unsatisfied customers.
To make it clear, every morning at 6:30am, all of my guests (76 at the moment) come to the restaurant for breakfast. Half of my guests skip the restaurant and go straight to the casino where they gamble for 45 seconds. I have 6 guests waiting in line for the casino but apparently they wait too long and end up being unsatisfied and leave the hotel. Is there a way to prevent this?

According to Kant's Categorical Imperative, is counting cards at a casino immoral?

Just saw the movie 21, had this train of thought, and now we're here.
If everyone counts cards while they play black jack at the casino, then A: the casinos cannot afford to keep playing black jack and will thus stop. B: the casinos, that offer black jack, go out of business.
I think this is interesting because counting cards to win at black jack is not universalizable however, many would consider a world without gambling or less gambling to be an overall improvement of the world's state of affairs.
As I wrote this I think I can formulate a summarizing statement. I think acting immorally against immoral agents can be justified according to the CI because it inhibits immoral agents. For example, if the maxim you will is to steal only from thiefs, then that seems to be permissible since if the maxim is universalized then... A: thievery thrives or B: thievery is inhibited. I can see this going either way actually.
Dang philosophy is challenging because it's difficult breaking down these thoughts and reaching meaningful conclusions. I appreciate you for reading my post, I hope I didn't digress too much from my original question, and I look forward to any replies.

"I think I've lived long enough to see competitive Counter-Strike as we know it, kill itself." Summary of Richard Lewis' stream (Long)

I want to preface that the contents of this post is for informational purposes. I do not condone or approve of any harassments or witch-hunting or the attacking of anybody.

Richard Lewis recently did a stream talking about the terrible state of CS esports and I thought it was an important stream anyone who cares about the CS community should listen to.
Vod Link here: https://www.twitch.tv/videos/830415547
I realize it is 3 hours long so I took it upon myself to create a list of interesting points from the stream so you don't have to listen to the whole thing, although I still encourage you to do so if you can.
I know this post is still long but probably easier to digest, especially in parts.
Here is a link to my raw notes if you for some reason want to read through this which includes some omitted stuff. It's in chronological order of things said in the stream and has some time stamps. https://pastebin.com/6QWTLr8T

"Who does this union really fucking serve?"

"They have been put in an impossible position."

"How many years have we let our scene be fucking pillaged by these greedy cunts?" "We just let it happen."

"Everyone in NA has left we've lost a continents worth of support during this pandemic and Valve haven't said a fucking word."

"Anything that Riot does, is better than Valve's inaction"

"We've peaked. If we want to sustain and exist, now is the time to figure it out. No esports lasts as long as this, we've already done 8 years. We've already broke the records. We have got to figure out a way to coexist and drive the negative forces out and we need to do it as a collective and we're not doing that."

Feeling psyched and proud of myself as today marks one year of being gambling free! I last gambled at a casino New Year’s Eve 2019. Yet I know that I did this day by day and that must continue. I know that I am one bet away from going right back to where I was. I still acutely remember the emotional and financial destruction and I believe it is imperative that I do not forget how much pain gambling brought me if I am to continue being gambling-free. The financial losses still sting enormously but I am in such a better headspace and so far no urges all of which is priceless. I know the work that is ahead of me to maintain but I also am kind of tooting my own horn today. I’m feeling good and have a sense of relief. Happy New Year everyone, let us stay the course.

My 1 Year Anniversary of Full Time Day Trading. 3 Years In The Business. What I Wish I Could Tell Myself Years Ago.

This industry has a lack of transparency so I'm more than happy to say I will provide lots of that throughout this post with screenshots. There are LOTS of imgur links to back what I say so it's not just words on a post expecting you to just believe what I'm typing.
This post I suppose is "Part 2" my post back in April, "After 2 years of Daytrading. 7 months full time. Here's my advice". I'm doing this to update everyone who came/comes across this in the future. Yes, it is possible. No, it won't be easy. You will pay homage to the rite of passage into this career. I'll also provide some examples of styles of trading so for the newer aspiring traders, there will be some things I rarely see discussed on forums. So here's to 1 year of Full Time Day Trading
​
TL;DR - You'll become desensitized to trading. Stubborn to other strategies (There are biggebaddemore lucrative strategies. Don't chase them. Why fix what's not broken? I know what works for me and I'm content with it. No strategy is better than another. It's a personal choice. ). Losing individual trades won't faze you, they're inevitable. Profiting certainly feels better. After a while, you won't be as enthralled to trade every morning, it'll become just another part of your day). Trading is just managing your money through a statistic and the medium to execute it is trading on your platform. Think: "If. Then. Because". Your trading plan should be that black and white. Ask "Why" for everything you do and use. If you can't answer it with documented results, drop it.
​
​
. Out of those who follow me and chat me seeking further tips through my previous posts. I'll be answering the FAQ's and addressing things I see frequently in this sub as far as trading axioms
Disclaimer: I won't sugarcoat anything. I'll share my experiences and add pieces of advice I'd give to those who are currently experiencing the same thing becoming a full time day trader and what day to day life is like, the occasional distress, (DRAWDOWNS). Some of you follow my Twitter for the past few months where I post my daily watchlists with a snippet that reveals my DayTradingBuyingPower. I do this not to brag but to demonstrate that the account does yield growth, I pay myself, and there are days where the balance does not move because there was no edge. I also do this since nobody else shows their account performance. (Yes. You, Mr. YouTube gurus and wannabe gurus).
We do this for income, the numbers on our accounts are real. Treat it as such. Get your initial capital out of your account THEN try to "Scale your account" with your profits AKA The Market's Money.
​
I'll go over:
•FAQ's that I get in my inbox (I'm still welcome to further questions if I don't answer here)
•Decision Fatigue (You will experience this)
•The previous year (2019-2020) of ups and downs
•How to use my watchlists that I post on Twitter in the morning to your advantage
•The pivotal moment that changed my trading career (NFLX 10-17-19)
•The road to becoming a full time trader. (It won't be fun unless you're handed the money)
•You'll have a better grasp of my strategy (Between ProTip 4 and 5. ProTip 8.)
​
There are 10 "ProTips" throughout the post that I wish I could tell myself years back and I'll periodically throw them in here as the post goes on. I make posts long in order to segregate those serious about this business and those who will just become another statistic in the failure rate of this business.
​
At the end of this post, I'll go over the frequent questions I receive such as: (Answers to FAQ at bottom of post.)
​


Here's some things I used to remind myself of and perhaps it'll ring some bells for you:

Louisiana is backed in Phase 2 (modified)

LINKS TO WATCH
This conference was announced last Thursday


Pre-Conference Question - What do you think he'll announce?


Questions for Dr Kanter about data

Related to Halloween? Seems people are willing to gather for Thanksgiving. Are we going to see a worsening 2 weeks after Thanksgiving
We are already seeing just about as steep of an increase as we can get it really can't get much steeper than that. I don't know, looking back to Halloween, it was part of it. I think increases from other states was bleeding over into our particularly in Northern LA. Plus we are tired, COVID fatigue is real, and it's easy to get complacent. Even without Thanksgiving coming ahead we will continue to get worse. I don't know how much worse it gets with Thanksgiving. I cannot emphasize this more than enough if you need to make a decision for your family talk to someone who has had it, experiencing the disease, or someone who has worked in the affected healthcare facilities during those two surges.
How much is being driven by small gatherings indoors and if so it doesn't seem restrictions matter than much
Small gatherings have been a larger component than months ago, there is no question about that but that is just one slice. We continue to see a lot of cases tied to bars, restaurants, events, and churches as well. Mitigation measures are going to be significant in their effect but not absolute. The other side is that people really need to make responsible decisions when no one is looking. No one will police who parities but I want families to take it seriously and know what the real risks are and make an informed decision. The more families are informed the more they will be likely to say for this year, for my family, it is just not worth it.
Gov. JBE